I signed up for the Superman Trades to give it a shot. In this review, I’ll tell you whether it’s worth your money to sign up too.

Being a stock trader can earn you a ton of money really fast if you know what you’re doing. The main issue is, many people don’t know what they’re doing. Putting money into the stock market is not an easy game and unless you’re a seasoned trader, you’re probably going to lose money.

However, my point still stands, the stock market can make you a lot of money. The evidence is in black and white. With the development of digital courses, solo millionaire traders are beginning to open their doors to unexperienced individuals, providing them with the knowledge and skills to find success. One of these traders is Paul ‘superman’ Scolardi.

In this review, I will be looking at the Super Traders online education system and will give you my unbiased, professional opinion. The course has promised a lot of hype and was created by an industry expert with many years under his belt when it comes to stocks and accounting advice.

He has made millions as a result if his methods and shares them in his online advisory membership scheme. This online membership program promises a lot, but does it live up to expectations? Let’s find out.

What is the Superman Trades?

So let’s cover a bit of background on what this trading membership is and who created it.

The online advisory/course was created by the renowned trader: Paul superman Scolardi. The man has been known to produce some incredible trades and has become a millionaire from his talent of spotting momentum stocks before they have even developed into something worth trading.

He originally popped on the radar a few years back but didn’t have the idea of starting an online membership at the time. Despite this, people still knew the name. Probably because the guy was quite aggressive with his tweets and had a hot-headed personality.

Paul decided to give himself the name of “superman” in the stock trading industry. A lot of people thought this was ridiculous and very self-absorbed. I mean, who in their right mind would give themselves such a big headed name like Superman (the greatest superhero of all time)? The argument was that he was a superman when it came to trading stocks and making money fast.

All of it seemed like hot air at first, but then he released his broker account info on Investimonials. This is site that publicly displayers a broker’s trades and verifies them to see if they’re legit. Truth be told, Superman was not lying. He was a stock trading magician but used a range of strategies. He didn’t have any bias. 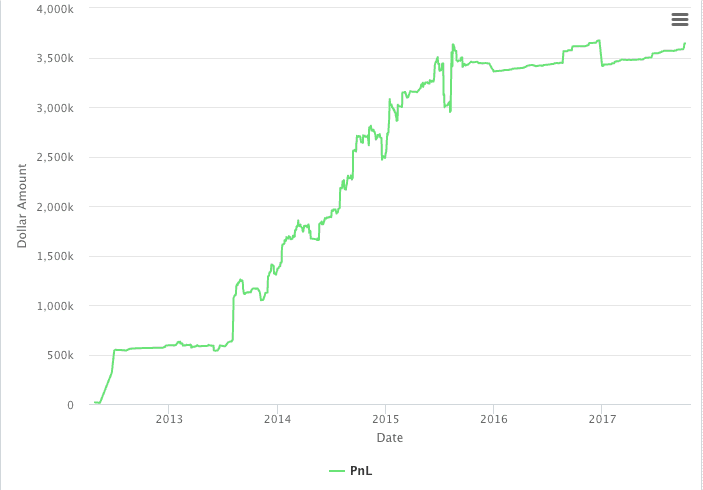 With all this information in place, I decided to jump into his online advisory course and see what he could provide. I had heard of some of the members banking some big bucks from his picks and advice. I wanted to see what all the fuss was about.

The Service We Recommend Instead of Super TradesAfter deep analysis of multiple services, we currently recommend the Motley Fool over SuperTrades. Read our review to find out why.Read the Review

The Superman Trader membership has two different packages available and they offer different things depending on the price you pay. I chose the Pro account as I wanted to test all the features that were available. When you join the program, you get access to a chatroom, Superman’s personal stock picks, alerts and educational videos and material for beginners. I had a look at them all to identify whether they’re worth the money.

Because of the connection Paul Scolardi has with Profit.ly and Timothy Sykes, the chatroom is actually based on the Profit.ly platform and is very similar to the chatroom found in Investors Underground, but smaller. The chatroom was actually a decent feature and I enjoyed the chat and topics discussed. For most of the time the chatroom was filled with about 100-130 people and everyone was open when it came to sharing ideas and thoughts. Superman himself is very active on the chatroom and will share his picks and positions regularly throughout the day.

As with most of the gurus on Profit.ly, they will have a chat that is specified to stock picks and stock chatter, and another chat for off-topic discussions. Although Superman is active in the chat he also has four associates who work with him on the chatroom to help manage it. What I really liked about this feature is Superman will disclose all trades with his users. There is no hiding when it comes to losses and Paul will happily reveal when he has made a mistake.

Overall, the chatroom was great and wasn’t too spammy or fast-paced. Paul Scolardi is a transparent trader and is very clear about the positions he’s going to take and the stocks he’s going to buy. If you’re looking for a good chatroom, super-traders is for you.

If you went with the Pro plan like I did, you will have access to all the educational material Superman cranks out. Most of the material is video-based but there are a number of opinion extras, like the boot camp and the protégé program that Paul also offers. These are not priced on the website and I didn’t review these features. By the looks of it, however, some students have found success with his personal mentoring, with one student banking over 1 million in revenue and starting his own online trading course in the process.

As for the actually videos I got to personally see, they were fairly average. In my opinion, Paul Scolardi doesn’t reveal anything too crazy or ingenious about his methods. In many of the videos (if not all of them) he does not go into the finer details of his strategy and talk more about charts, statistics and the moves he would make on particular stocks. For a new beginner, these are great and would provide enormous value but for a seasoned trader, you may get better education elsewhere.

With either of the price plans, you will get access to the alerts and morning/pre-market watch list. These will provide you with Paul’s picks of the day and what stocks he plans of making moves on. His style is a little swingy with some day trader tactics thrown in.

A lot of the alerts I received were positioned long with small-cap stocks. This is probably a good idea considering small-cap stocks can kick back when you try to short them because of their thin liquidity. A lot of intraday are focused on momentum movers based on a news event, rumour or some other catalyst. 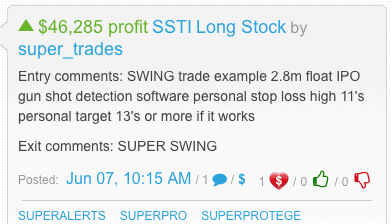 Because of this, Paul tends to go for theme-based stocks that get heavily events by situation factors. These stocks are also based in specific industries and the companies he deals with are normally financially sound. What I liked is he will admit when the underlying factors of a stock and will tell the users that it will be up to them whether or not they want to buy or sell. The issue I had with his alerts is that the tended to be very high risk. The markets he would recommend were in a lot of action and could spike at any moment, which is not very beginner friendly. I did like his hidden gems though that were found with his intensive digging. These were the ones that would ultimately cover my membership fees.

What Sort of Trading Style Does This Program Focus On?

So, let’s jump into Scolardi’s trading style and what you can expect when you join his course. To be honest, he is a bit of a tough cookie to categorize because he uses a range of methods that sometimes change. He just has a knack for finding killer stocks before anyone else. In most cases, he will go long with a stock as opposed to stock, signifying a swing trader type of style. However, he will employ day trader management techniques, so he kind of merges the two together.

As for the actual stocks he decides to play with, they’re normally low-float small-cap stocks. Although this small-caps are normally low priced, they are also prone to wild spikes because of the low liquidity. All it takes is one trigger-happy trader to place a position and the stock will go haywire. Pumping and dumping is not a great option with these stocks and beginners can often get stuck on a position which can give them painful losses. The risky nature of the trades is something that I didn’t like about this program and newbies could lose out big time if they battled impulsive buyers.

So, let’s explore how much you’ll have to pay if you want access to the Superman Trader’s online advisory. The plans are monthly and you will be charged every month you stay with the program. The prices are slit up into two packages: the alerts plan and the Pro plan.

The alerts plan is the cheapest and provides you with the basics. You are charged $147 a month and get access to all the alert features and the chatroom. This package will not give you access to any of the extra training or videos I discussed a few paragraphs up.

The Pro plan is the most expensive, charging you $247 a month. With this plan, you get all the features of the Alerts plan with a few additional extras. With the Pro plan, you get access to the video training from Superman himself, as well as premium reports, earnings trackers and an IPO tracker. This is probably the best option for beginners because of the training.

Overall, I was satisfied with the pricing. I have seen courses that are a lot more expensive than this and provide less value. If you’re looking for a fairly cheap online trading advisory, Superman Traders might be for you.

When I went and bought this trading program, I was skeptical at first. The advice was being given by a trader who calls himself Superman, so you can understand why I felt a little worried. However, once I entered the chatroom and explored all the features, I was pleasantly surprised. The chatroom is excellent and provides great value for the daily stock picks and advice. The video series could go into detail more but does provide value to beginners and the alerts can win you some big money if you play them right.

All in all, I would recommend this trading platform if you want to increase your profits and find some hidden gems in the stock market that only Superman can find! 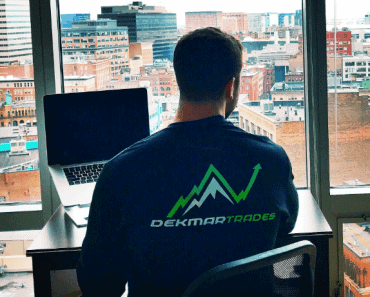 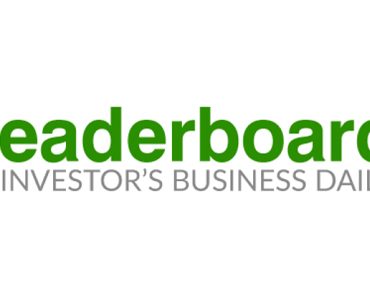 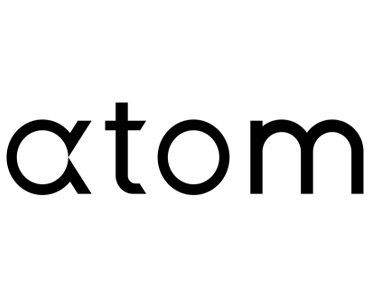 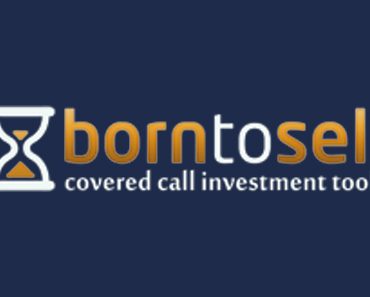